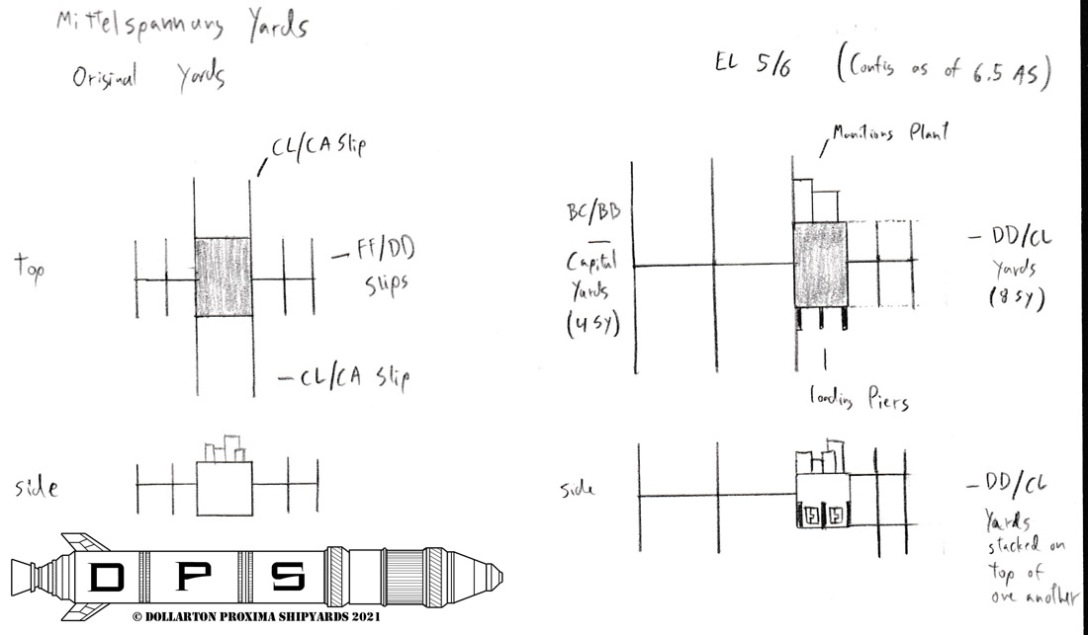 The Mittellspannung Yards are the heart of the deWulf Corporate Navy. Originally designed by deWulf Heavy Industries (dWHI), it was turned over to the Corporate Navy in 1.0 AS once dWHI had gotten their initial investment paid out by the government. Over the years since, the yard has evolved into the Corporate Navy's primary logistics… END_OF_DOCUMENT_TOKEN_TO_BE_REPLACED

As deWulf space expanded, it became clear that orbital industry had outgrown the Mittelspannung yards in orbit of Fenris. While they were expanding regularly, they were primarily a military installation, and so commercial work was often sidelined in order to make space for contracts issued by the deWulf Corporate Navy. What followed from this was… END_OF_DOCUMENT_TOKEN_TO_BE_REPLACED

It's amazing what you can get done when you're stuck in a meeting! This sketch actually is skipping a bit of the queue; I did this one in the fall while on a long conference call, and I wanted to get it out sooner than later, so here it is. One note, technically I made… END_OF_DOCUMENT_TOKEN_TO_BE_REPLACED

Munitions Assembly Plant Mittelspannung Shipyards Fenris Orbit deWulf Corporate Democracy An army marched on its stomach. A navy sailed on fuel. Both fought with ammunition. All three were old truisms that predated spaceflight. Ever since word of the Elysian attack had reached Fenris, the munitions plant that was a part of the Mittelmach shipyards had… END_OF_DOCUMENT_TOKEN_TO_BE_REPLACED