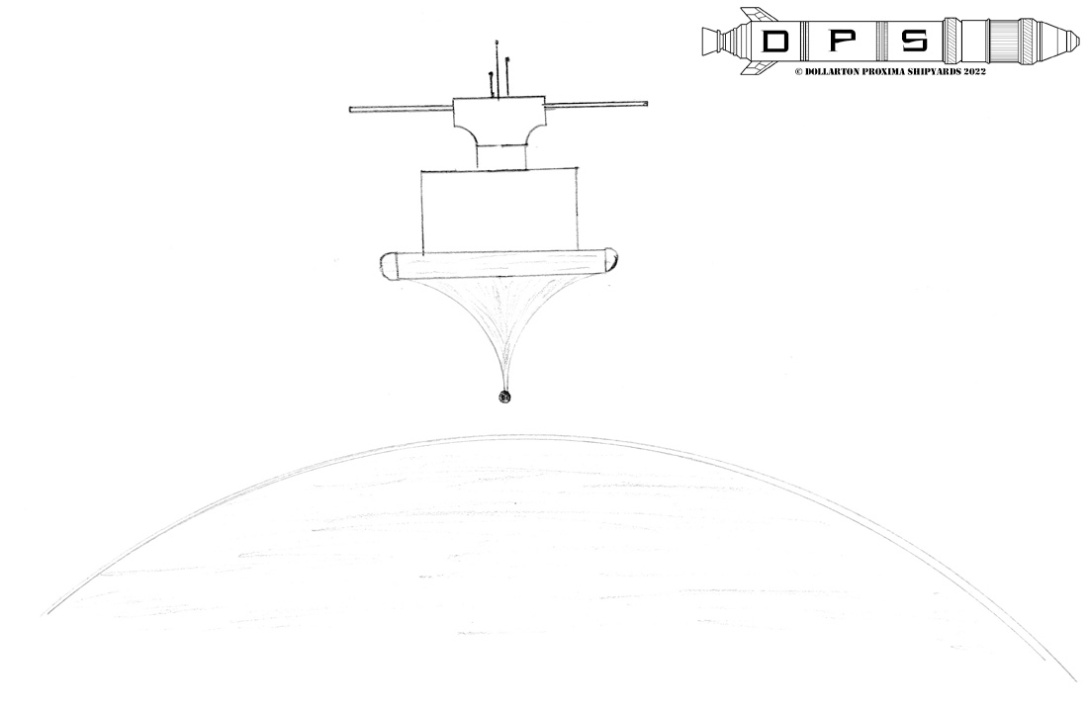 Built in the late Commonwealth era, Kilimanjaro Station was the first step towards the eventual terraforming of Venus. Compared to Mars, Venus would be a much more substantial project that required an orbital presence. And unlike Mars, Venus did not have a pair of small moonlets that could be repurposed for the task. So Kilimanjaro Station was built.

Other nations and supra-nation groups on Earth had long claimed most of the “valuable” colony sites in Sol, sadly mirroring colonial history in the pre-spaceflight era. This left the less “appealing” colonial locations such as asteroid clusters, gas giant moons, and chunks of the Kuiper belt. Even after extra-solar colonies were started, the largest polities took what they wanted and left the crumbs to less well connected and powerful Terran nations.

Which is not to say that those same polities took things lying down. Chief among them was the African Development Corporation (ADC), a consortium of African (and Indian Ocean) countries that was determined to beat larger countries at their own game. Their work in building coherent and self-sustaining biospheres made them the go-to provider for terraforming and bio-adaption; even the neglect brought about because of the Collapse War was insufficient to destroy the biospheres that had been created on Europa, Ganymede, or Titan. Even the Martian biosphere survived largely intact.

Unfortunately for the ADC, the Collapse War dropped the bottom out of the Commonwealth’s mega-engineering budget, forcing the project into near-receivership. A trickle of funds from ongoing maintenance projects kept the station operational, but every year another part of it was pumped down and mothballed to stay within the maintenance budget. A last-ditch attempt for funding sources saw Kilimanjaro Station declare itself a free port (along the same lines as Tiber station in Jupiter orbit). This arrested the halt, but brought additional challenges that management never entirely resolved.

With the birth of the Terran Dominion, the ADC was one of the first requesting additional funds to restart the terraforming effort. Unfortunately there wasn’t enough funding available for a full restart, but enough was provided (along with a small naval contingent) to bring some amount of law and order to Venusian space. The ADC continued to lobby for funding increases, enough at least to begin solar shade construction and bring some high-energy manufacturing work to Venus space.

The funding request has been lodged in Brussels ever since.

One thing that had been sitting in the back of my head was that frankly, the universe I had built was by and large Eurocentric. Granted some of North America is in there too, but it’s the most Western chunks, and as such it’s a pretty… restricted worldview. It’s definitely not representative of the greater ‘melting pot’ of humanity that exists, either in a fictional future or the present.

One thing that stuck with me in the back of my head was a bit I got from reading a GURPS source book on Transhuman space, specifically Mars. It was a little blurb about how somehow it was various Quechua or Muisca groups that ran these little knicknack rackets on the various spacesports on Mars’ surface. It’s weird, the little things that stick sometimes. But it got me thinking. What kind of other niches would some cultures end up having or getting dealt (because other, more powerful polities made sure they couldn’t get the A-tier ones)? Barring some kind of world-shattering catastrophe, it would fairly challenging to reorient the various large power brokers (so I decided not to, at least so far).

Which brings us to the African Union (at least that’s the provisional name). It’s already written up that a lot of the bigger nation states and organizations got the “good” land IE Mars and parts of the asteroid belt, to say nothing of extra-solar colonies that were the sole domain of the powerful and wealthy. So what was left for the rest of the world? Kilimanjaro Station is the first step towards answering that question.