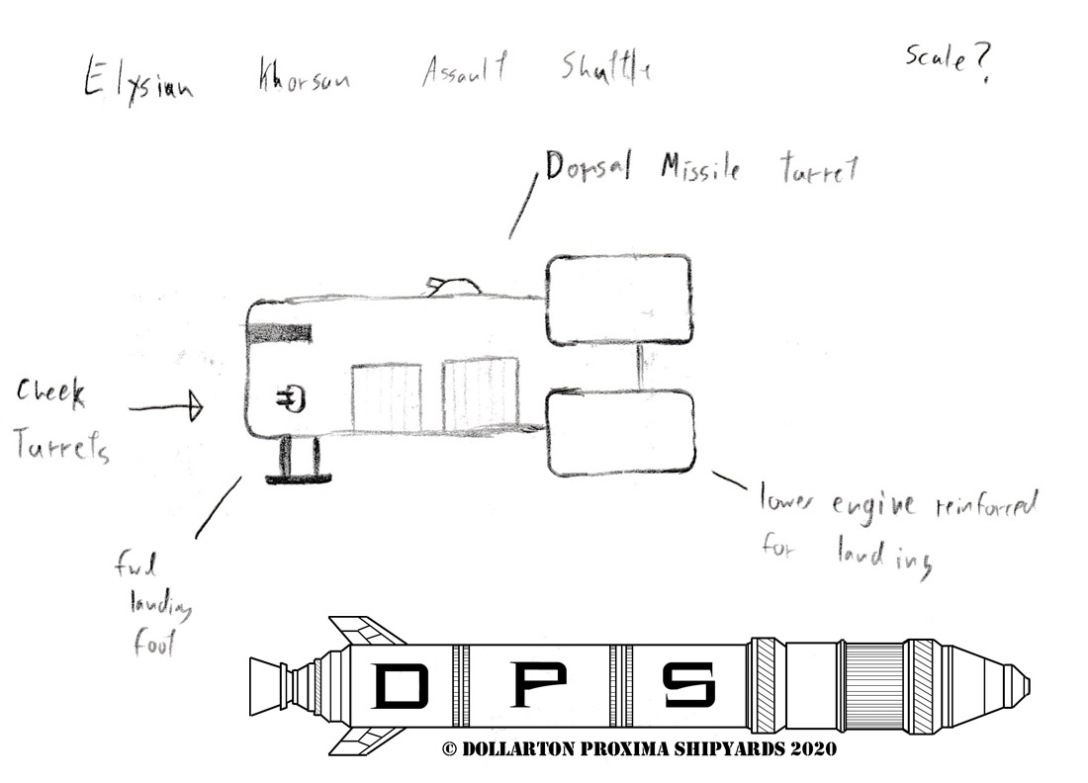 The Khorsan Assault Shuttle is the standard multi-purpose combat dropship used by the Elysian Army and Elysian Navy. Similar in overall appearance to their spaceships, the Khorsan is designed for atmospheric and short-range spaceflight, but is not capable of long-distance spaceflight. Quad engines provide reliable and redundant flight capacity, critical since the Khorsan does not have any natural lifting surfaces. Two cheek laser turrets and a longer-range dorsal missile turret allow it to provide adequate ground fire support and anti-air capabilities, but it’s still inferior to more specialized designs. Four loading doors, two on each side, provide rapid unloading to make sure that the Khorsan is stationary for as little time as possible in a combat zone. A variant of the Khorsan trades the cargo bay for a large cargo grapple that lets it carry a combat vehicle right into the fight.

The Khorsan was another design that I worked on while trying to find a good design for Elysian ships. Not really mentioned or seen in any specific events in my writing, they’re still a critical part of the Elysian invasion force. The Khorsan resembles some of the earlier design work on Elysian gunboats (which will be seen soon!), but with differences due to their actual purpose. It’s not exactly what I want for their capital ships either, but this is another step in the right direction. I actually worked on this one while my car was getting its tires changed. It’s funny where you can find a good place to work sometimes.