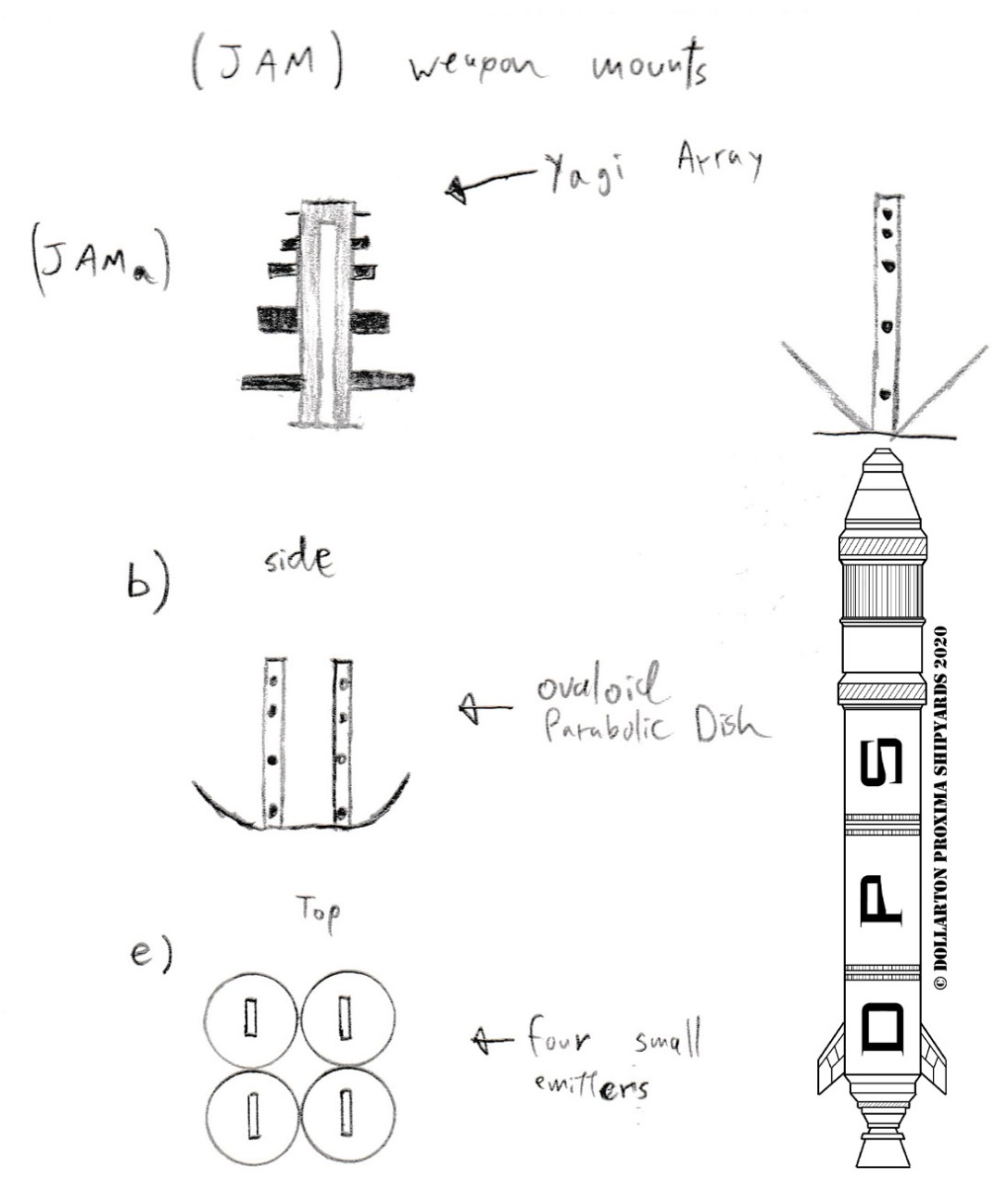 Datalink jammers aren’t a technology that has been researched in the deWulf Universe (as far as anyone is aware of) but represent one of the few kinds of truly “offensive” ECM that is possible. Most ECM technology is deceptive by nature, working to conceal or modify emissions as opposed to actively trying to confuse or overload sensor systems. The primary reason is that starship sensors have to deal with emissions from stars or planets; no ship can hope to match the sheer power that they emit.

Datalink jammers are one of the few weapons that can, to a degree, degrade hostile electronics. Instead of trying to overload sensor systems entirely (an impossible task at present), they pump out heavy bursts of radio energy on the same frequencies as hostile datalink communication links. While this cannot permanently disable datalinks, it can temporarily force the connections to reset, causing ships to temporarily drop out of the datalink. When well-timed, this can leave individual ships without point defense coverage from their allies, and prevent them from synchronizing their fire against us.

The datalink jammer is an interesting bit of kit in Starfire, one that I haven’t really had a chance to play with yet, mainly because it is still too technically complex for anyone to develop. Still, as a short-range weapon it offers some very powerful abilities, chief among them forcing targets out of datalink. Fitted to small swarm ships, it could be a powerful addition to a force equipped with long range weapons. It would also be useful while defending warp points, ensuring that ships would remain isolated even after transit shock has worn off.

The actual sketching was a result of me running across an article on directed radio communication (some kind of directional WiFi connection I think) that discussed the use of Yagi arrays. The article also had several diagrams that indicated signal strength in 3d based on the orientation of the array, and this sparked the idea. As the technology advances, more and larger arrays are built together, allowing for slightly longer range, but much more effective jamming, as multiple arrays makes it easier to cover different frequencies.