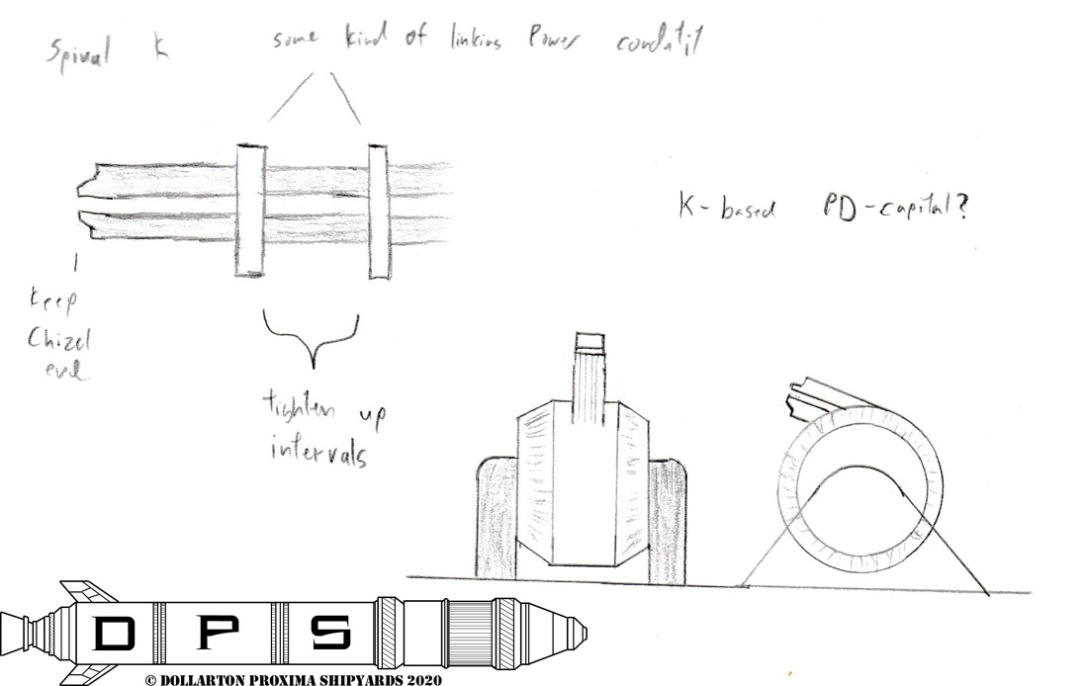 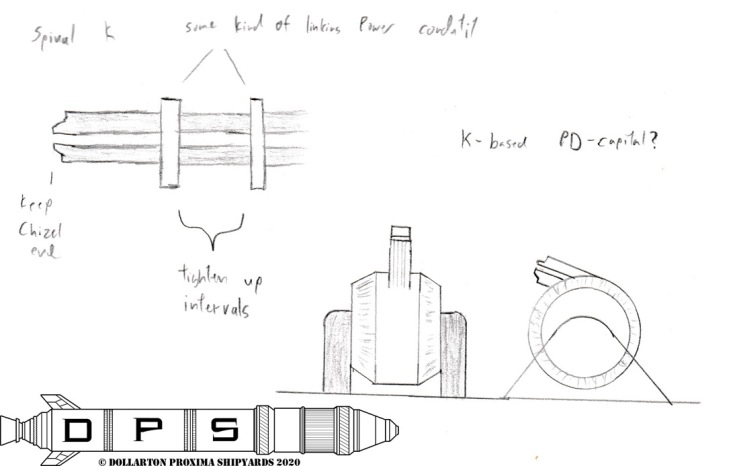 The initial winner of the deWulf competition for a capital-grade Point Defense System in 11.5 AS, it was later disqualified as it turned out that key components in the system were not actually manufacturable by the winning bidder (amusingly enough the deWulf Corporation itself!). Instead they relied on an imported drive core from the Ibizan Monarchy. This component was critical to the operation of the system, and as a result the bid had to be disqualified. That issue aside, the design was a clear winner, capable of sending a hail of high-velocity rounds, each charged with a small drive field to sustain their speed. At last report, deWulf Heavy Industries is continuing to work with Royal Magnetics of Ibiza to refine the weapon for use by the Ibizan Royal Navy.

While I was writing up some of the newer technologies, a part of me wondered what systems would look like developed by other countries and tech bases. While some parts are pretty straightforward (energy mounts all look kind of the same, missiles/torpedoes are roughly analogous) other options would by necessity have to be different. Capital PD is stated to be derived more from long range weapons instead of short range ones, so that meant that PD based on kinetic weapons would naturally have to look different. And yet, it would still have to be capable of being trained out on a bearing and deliver rapid fire.