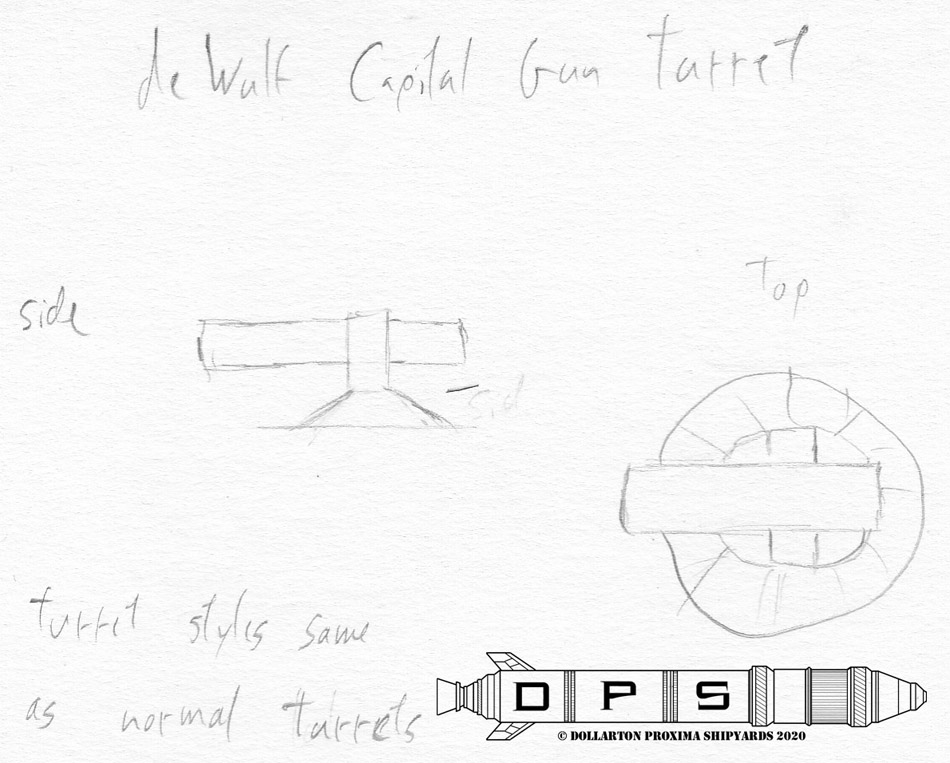 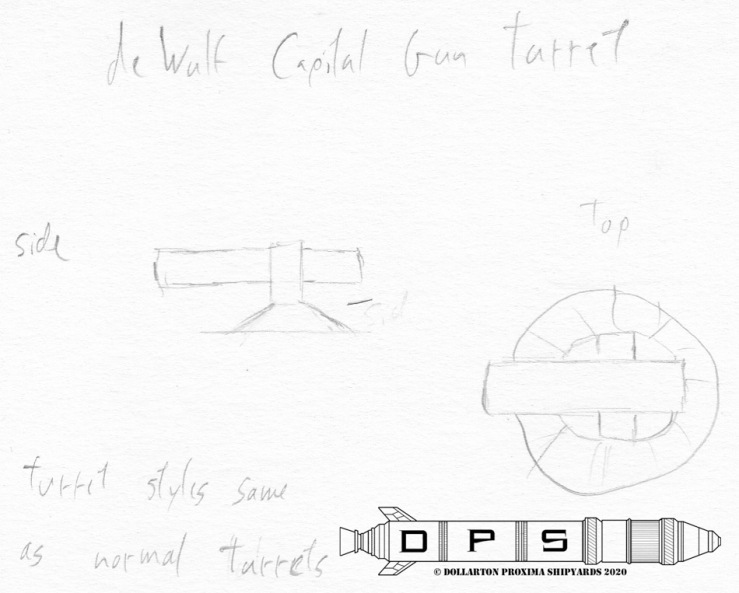 In the wake of the First Contact War, the X-Ray laser mount demonstrated that it was possible to develop heavier energy battery weapons, though ideally without the hazards that the X-Ray laser weapons system generated. Even so, Sintillan technology showed the way forward in many fields, such as better lasing cavities, more robust and larger aperture lenses, and improved gain mediums that could survive the higher energy levels that laser mounts required. While development of heavier weapons proceeded, other work was done on developing better weapon mounts. The early mounts were effective, but proved to be exceedingly fragile and exposed. Shock damage would often knock a mount offline, even if all the critical systems were perfectly fine. The newer “Heavy” mount traded off some elevation abilities, but in exchange had a much more durable traverse system, as well as the ability to fit larger weapons.

I wasn’t really that happy with how my original weapon mounts looked. They were light, fragile looking things that at best looked like a Terrier missile system, except that instead of having missiles loaded in from an inboard magazine, the entire weapon system is mounted on the external arms. I imagine this would be a bit of a learning experience for the deWulf Navy, as they were designing space warships in a bit of a vacuum (no previous experience, and no practical data). Thus, when they were actually put to the test in the First Contact War, they proved to be a little… under built. This sketch was the first look at designing something that was heavier, but still retained most of the functionality required. It’s worth noting that the weapon in this sketch is very generic, as that would change depending on if it was a Laser, Plasma Cannon, or potentially even an Energy Projector.