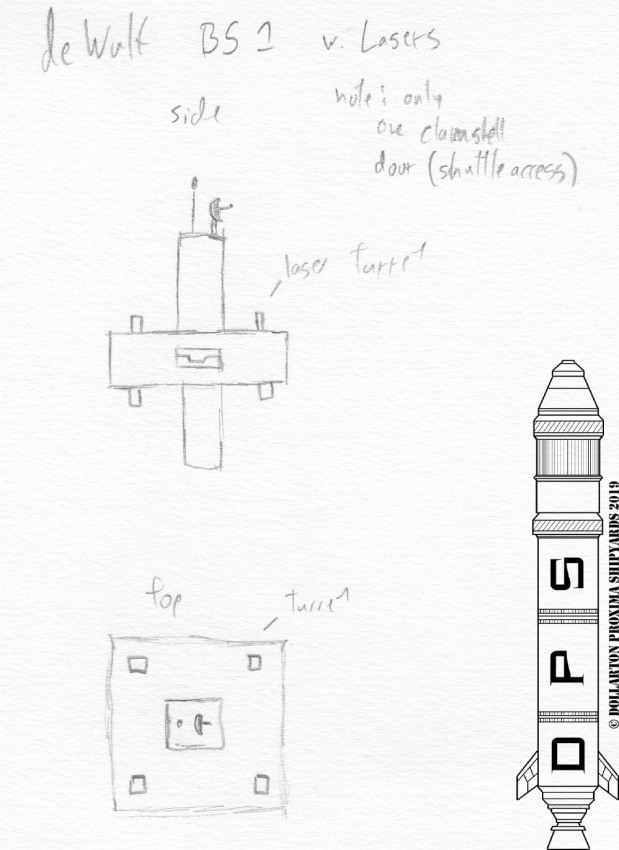 This sketch was one that came from the first war that the deWulf had gone into. I had a rough idea of what their ships looked like, and how Sintillan ships looked, but I didn’t really have much of an idea on how the deWulf defense stations would look.

While it’s a rather simple design, it’s one that I think fits in with the deWulf aesthetic nicely. It’s a blocky, simplistic design that you’d expect a newly spacefaring race to design. While it’s a bit “over gunned” compared to it’s Starfire stat line, it’s firepower is spread out, and it can’t concentrate all of its firepower in any one direction.

This same hull form is one that gets used by civilian outfits as well. It’s a flexible, cheap platform that’s built tough (thanks to its origin as a military design), and often is used as the basis for private research stations, or as a highport for a growing colony.